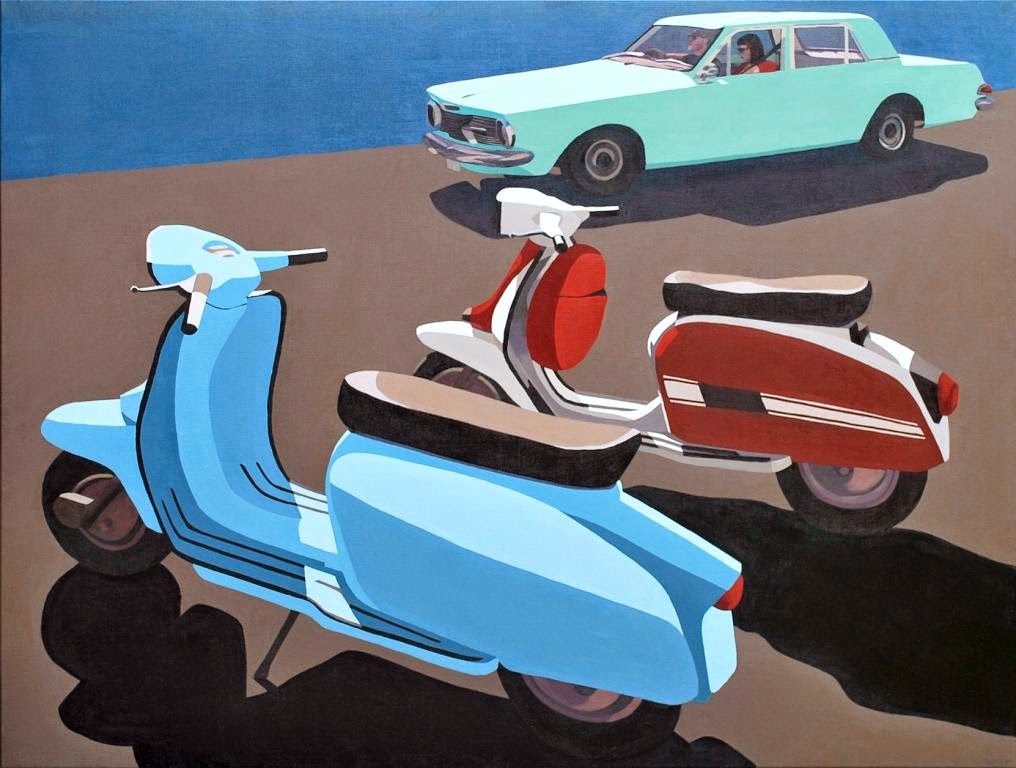 In STILLS I've tried to draw out what’s interesting and extraordinary in scenes that are otherwise ordinary and everyday.  The title is a play on words – it alludes to my intention, which is to capture appealing scenes in freeze frame, and to my creative process, which involves distillation of an image to the essential elements that make it distinctive.


This approach produces simple forms with clean lines and flat planes of colour.  I've used scooters and old cars for their inherent design appeal, and human forms are used sparingly – a key theme is how machines and structures can be as animate, or more so, than people. 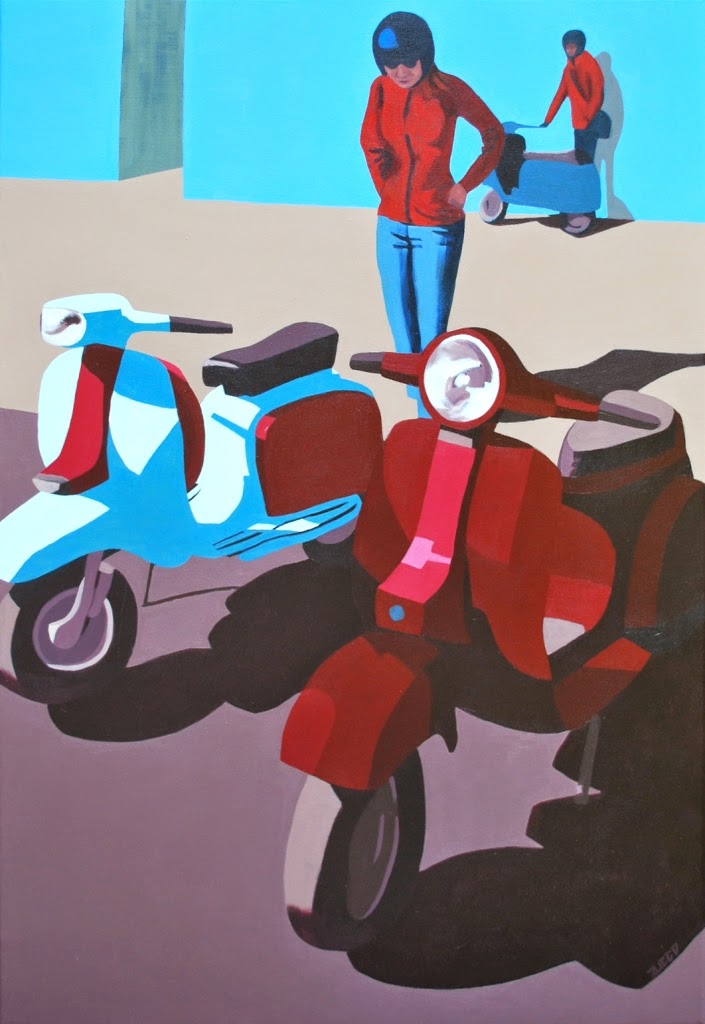 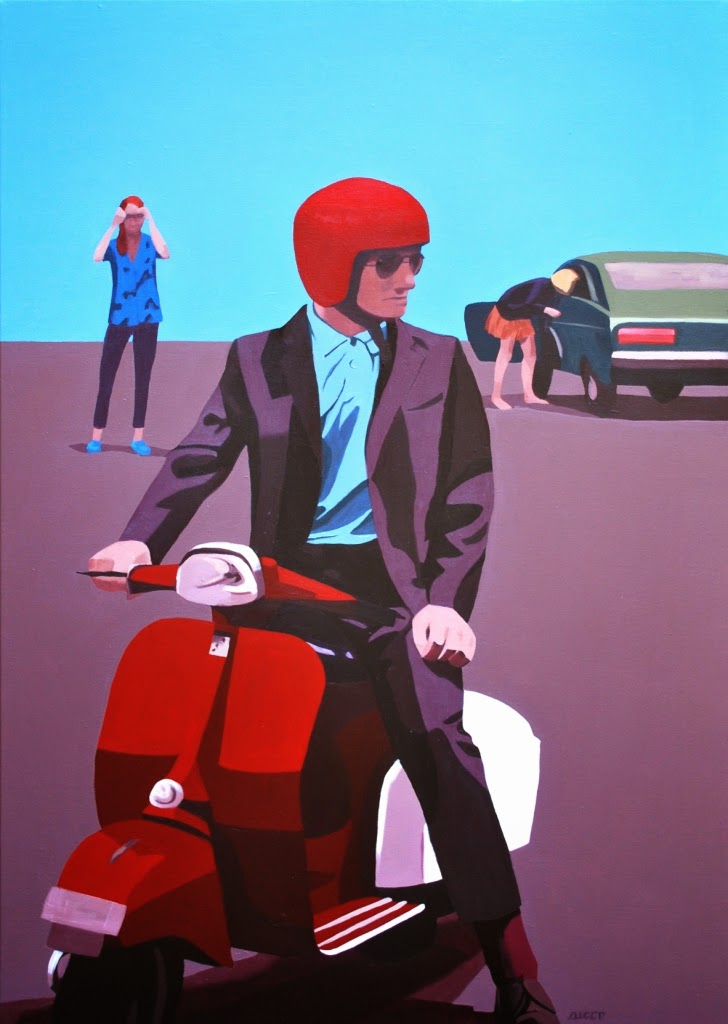 I SPY
(nearly came to titled this He's the face) 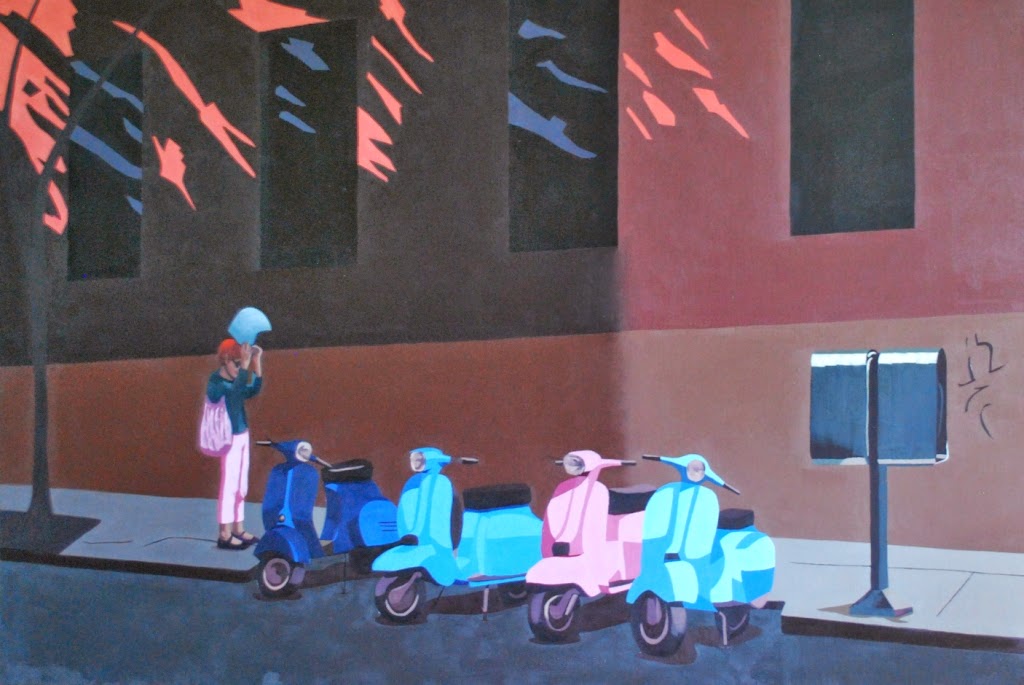 WHICH ONE?
(four classic scooters...which one to ride today?) 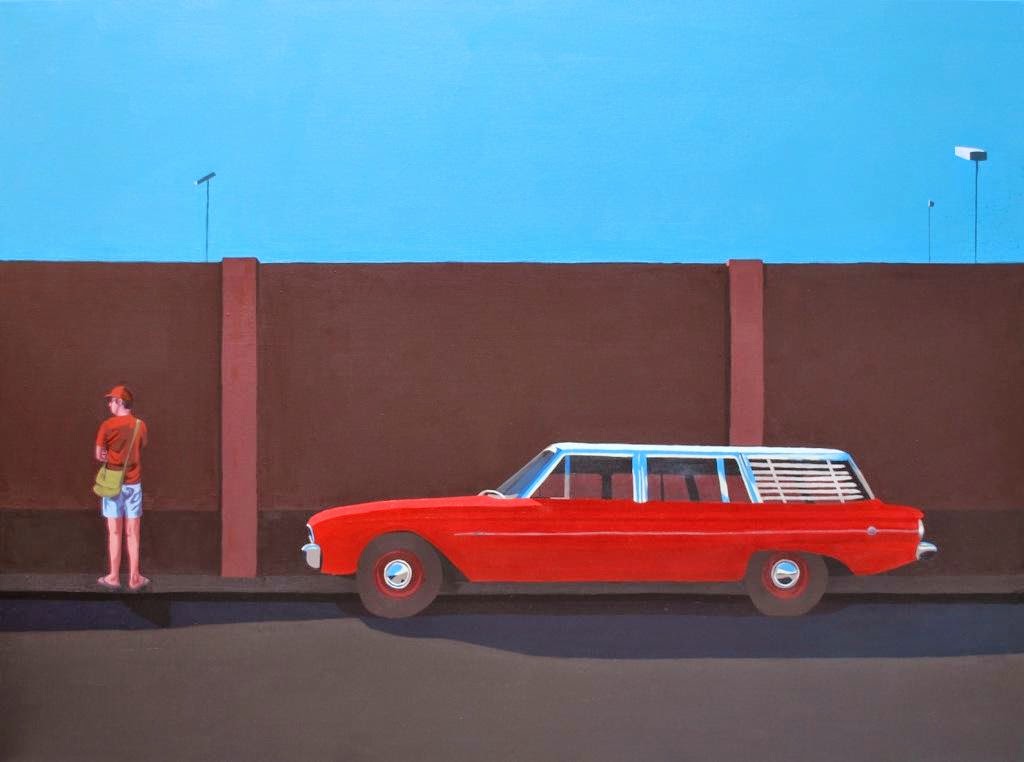 FELLAS
(referenced from Fitzroy, Victoria side street for
its gorgeous brick wall and blue, blue sky) 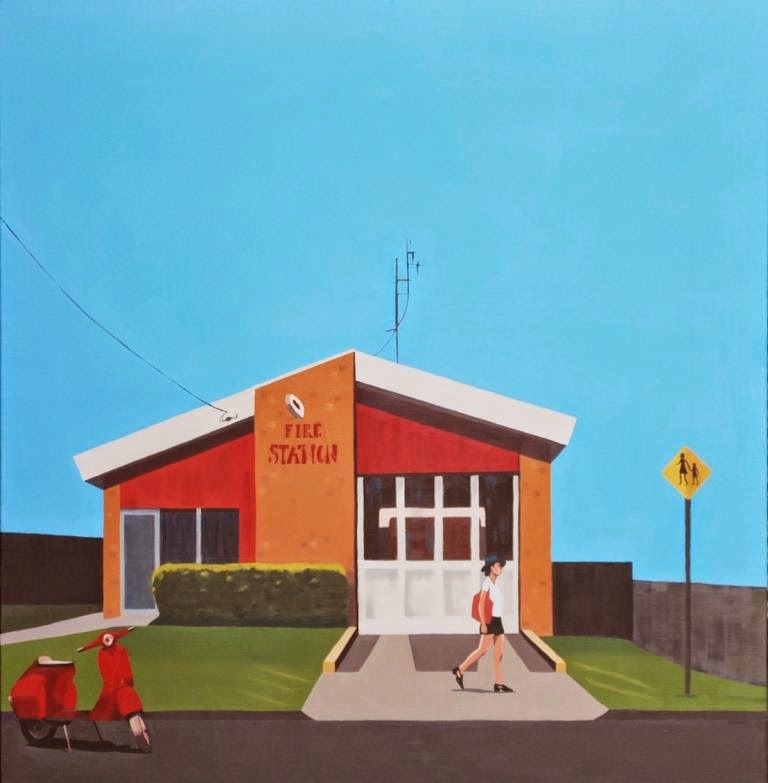 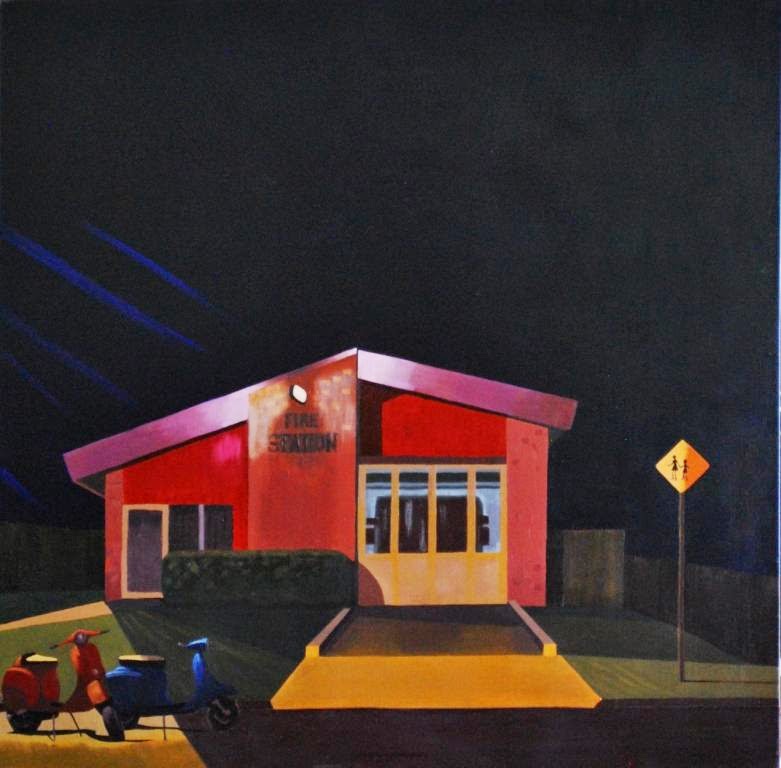 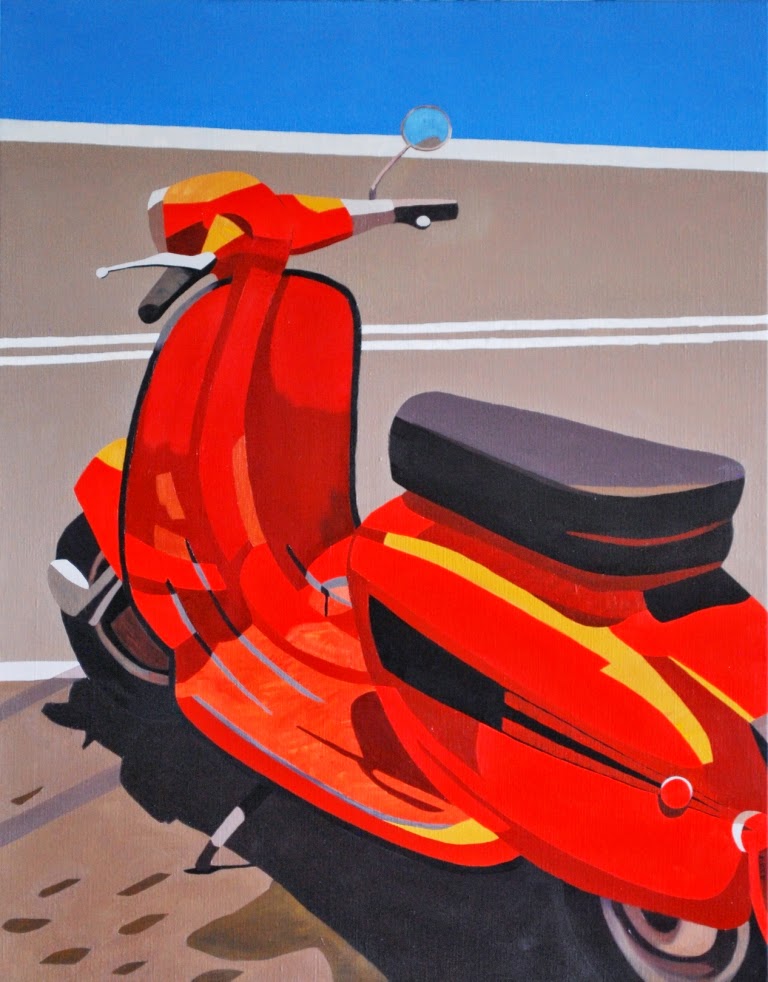 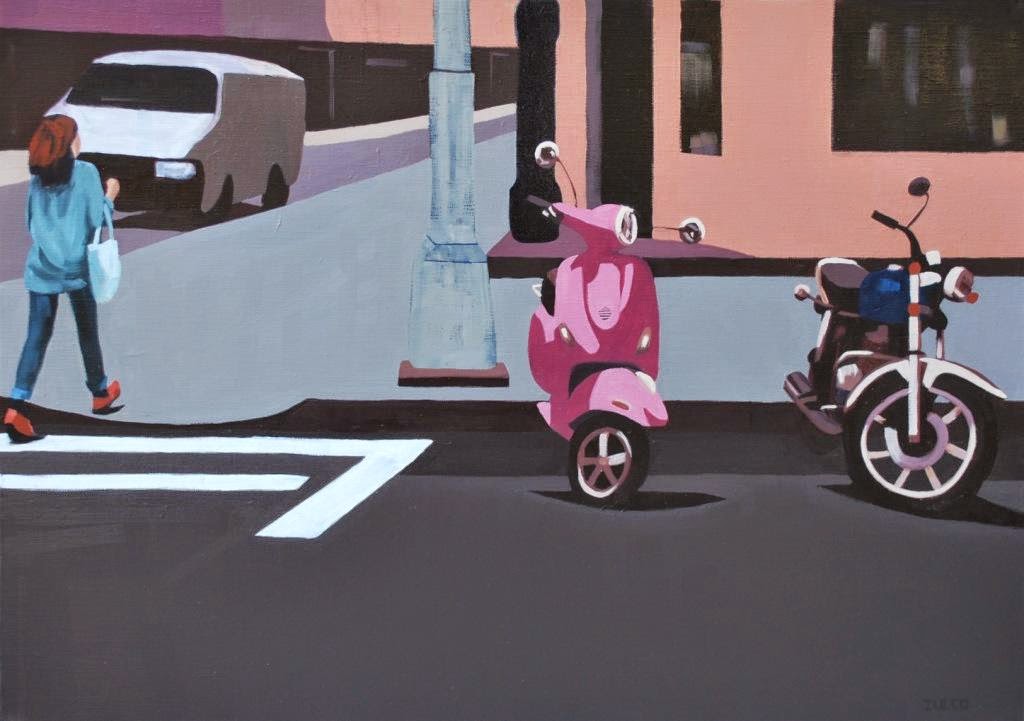 UPTOWN DOWNTOWN
(she's an uptown girl, he's a downtown guy
but here they are in East Village, NYC) 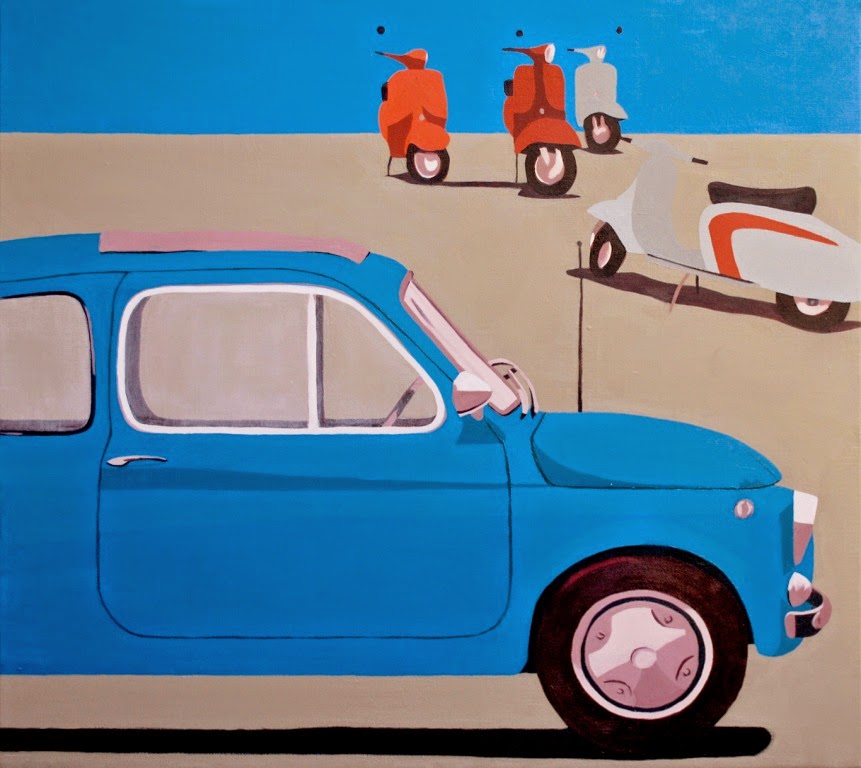 BABY AND THE WASPS
(sounds like the name of a 50s girl band. Instead,
a Fiat 500 and gang of classic Vespa scooters)

Special thanks to the Brisbane Lambretta Club  for allowing me to photograph their beloved scooters referenced in some of these works.

Posted by linda zucco at 6:09 PM No comments: