Teasing out a new line of work here...more paintings to come, I think...

Sandman Dreaming - hot off the easel and on its way to the Summer Show at Lethbridge Gallery.

Our driver and riders long for the beach... 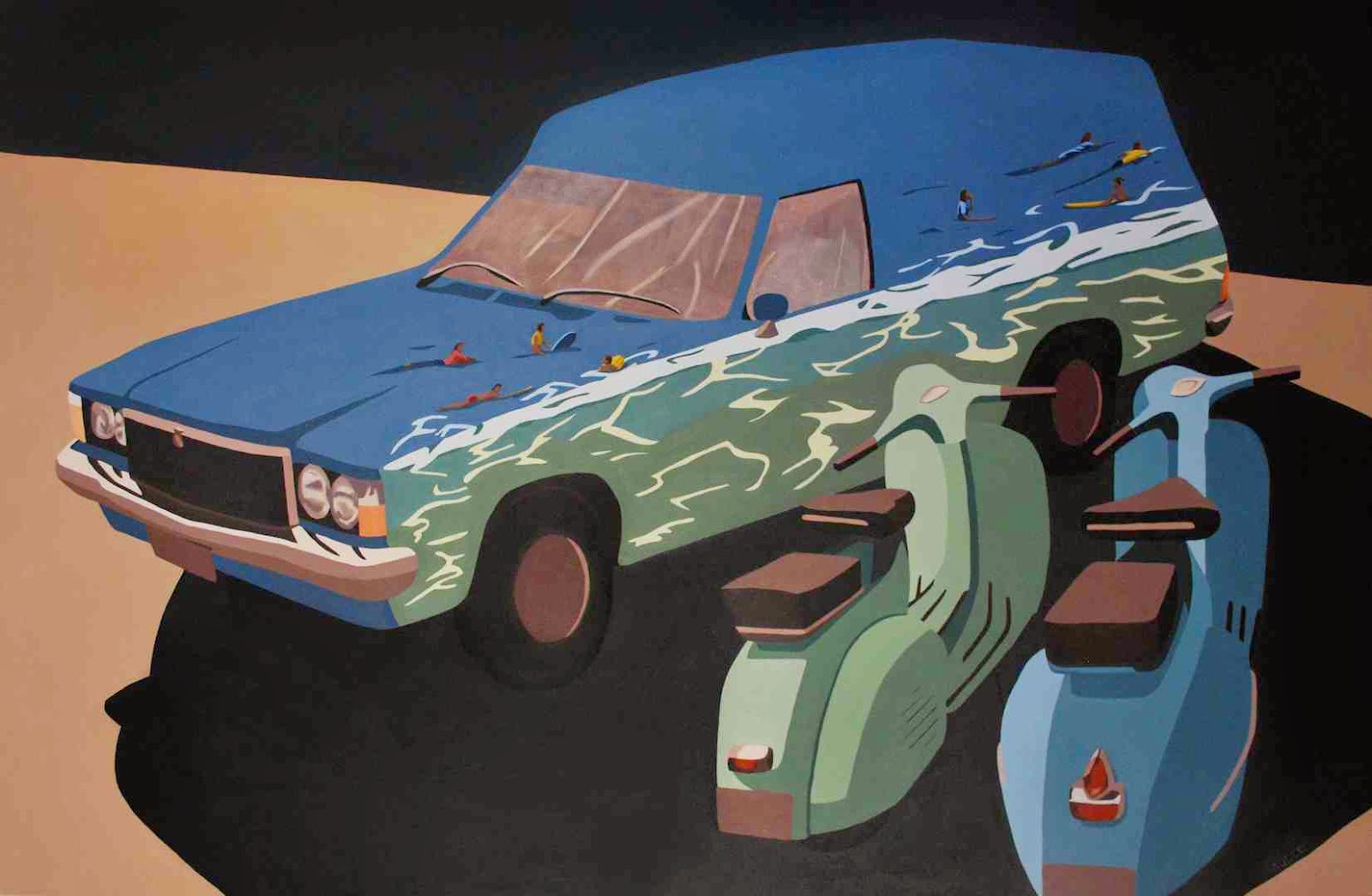 
This work plays on the Holden's Sandman panel vans that depict stylised images that reflect the driver's interests.

The surfing image I chose was taken at Noosa's first point - included are women surfing as a comment on the gender imbalance within that culture.
Posted by linda zucco at 2:34 AM No comments:

Wheels and water at The Redcliffe City Art Gallery

An invitation to show work in a public institutional setting is quite an honour. It's a foyer exhibition and I'm excited to have the opportunity to display my work during the month of November.