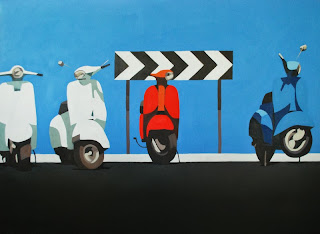 The company we keep

I'm excited and rather humbled to be selected for the Clayton Utz Art Awards exhibition 2013. 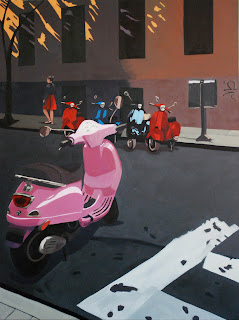 A Vespa sunning itself on the Scarborough esplanade will have a lot in common with one standing guard outside a Brooklyn stoop.  They’ll have a similar shape and stance, and the same oddly animate quality.
But there’ll also be distinctive differences – in the surrounding forms and colours and the quality of the light, and in the company they keep and the personalities they hint at.
Scooters and old cars can be like found objects - artifacts of time and place that take on the character of what’s around them and who owns them.


Brisbane and New York – the same but different. 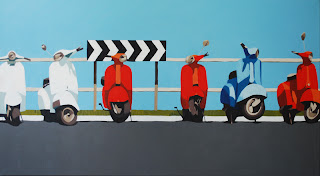 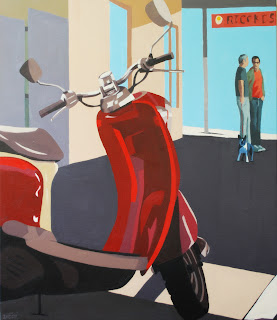 Sunny Vulture street.
I've learned that chap with dog is Warwick (outside a different record shop to his own). 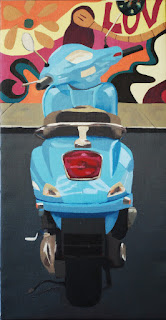 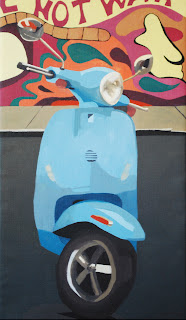 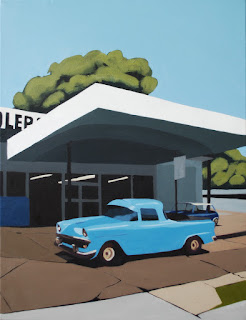 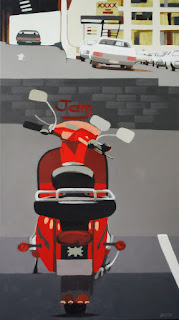 Waiting for the Sunday beach run 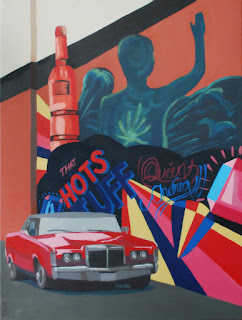